Recent graduate Laurence Easton needed to get a showreel put together so came to us for acting showreel production services. 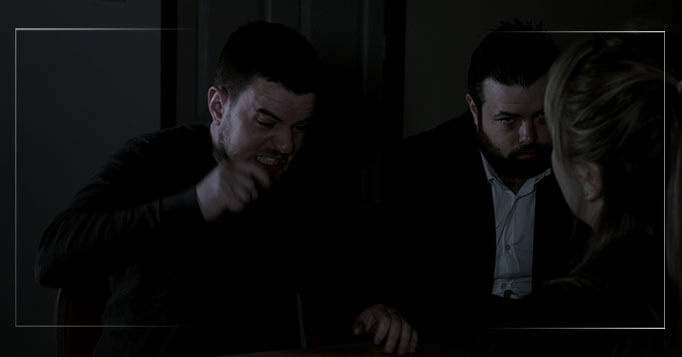 Having already selected three scenes including a monologue from Richard the Third and duologues from The Hole and The Break Up, we set about finding locations to film in.

We used a bar for the Break Up scene, a rehearsal room to create the Police interrogation room from The Hole and, for Richard the Third, the backdrop of a ruined castle as well.

For each interior scene, we lit the action and individually miced up the actors.

With the edit, we cut each scene in full and then chose selections to feature in the main reel itself.

For an acting showreel video quote, please email us on [email protected] or Contact Us and we will then get back to you to discuss the project in more depth.