The Meath is a care home in Godalming, Surrey which looks after people with epilepsy both as residents and day visitors. For 2022, they wanted to refresh and maximize their video content output and we brought our charity video production experience to the home…

Before beginning work with The Meath, I visited the home to take a tour of the site and meet its residents.

I knew it would be important to do this, but it was even more important than I first realised.

The site itself is large – a main house and various ancillary residential areas, a gym, cafe, physio rooms, art studios and so on. Seeing all of this prior to filming, working out what was where and how I could potentially film in each space plus deal with any potential issues was very helpful. 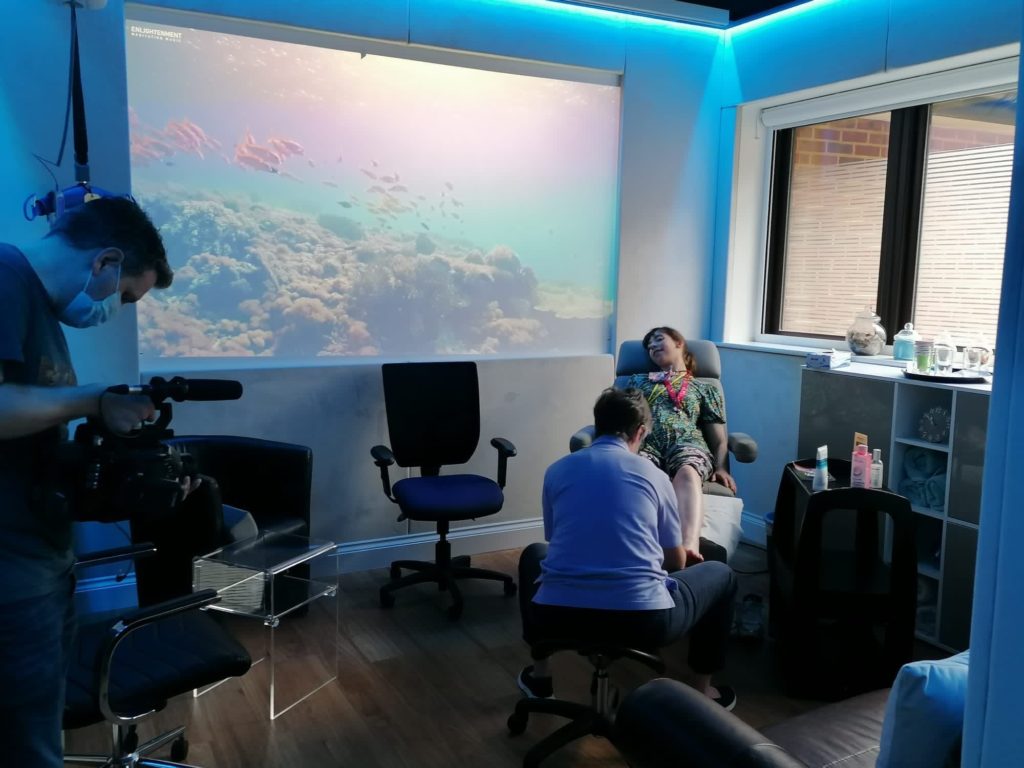 Filming in the Sensory Room at The Meath

The most beneficial part though was meeting the residents and saying hello, learning their names and finding out a bit more about them. This helped when it came time to the actual filming days as the residents remembered me, knew what I was doing there and often came forward to want to appear on camera to talk. I don’t think this would have happened had there not been an element of familiarity and trust built beforehand.

Across the two days we filmed, a number of interviews were carried out with both residents and staff members. Aided by Marketing Manager Helen Jackson, her knowledge of the staff and residents enabled her to get people comfortable on camera and discuss things which would have been harder for me, as a layperson, to get them to impart.

One moment that sticks in my mind, was seeing one of the residents who was taking part in the Meath Choir, visibly relax and begin to enjoy the filming process, so much that she asked to go on camera for an interview, which we didn’t think she would. When I went back for another filming session in early 2022, she saw me, remembered me and gestured the classic “filming” sign at me – brilliant!

We went around the various rooms of the site and filmed residents working out in the gym, preparing their own meals, getting physio sessions, creating and painting, playing football – a huge range of activities take place at the home! 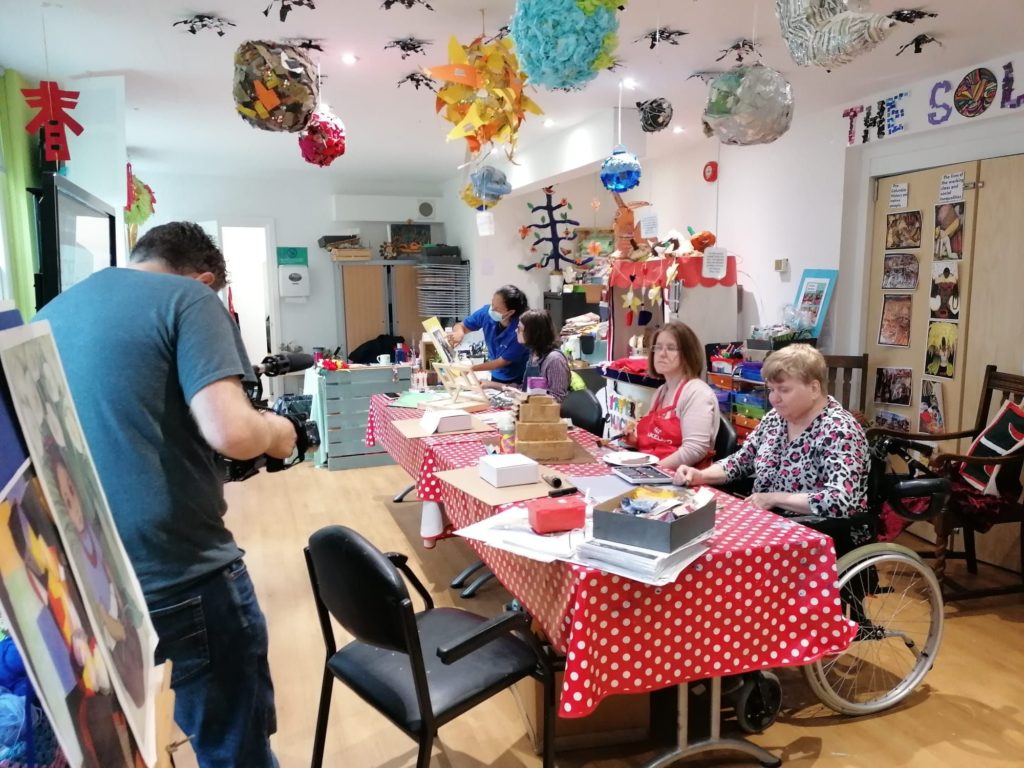 Filming in the art class

We also visited Changing Perceptions which is a social enterprise cafe in Godalming High St, which benefits the Meath and beyond the cafe, a Workshop sells resident-made furniture, objects and decorations and gives them a further opportunity to be involved in the community.

Once the charity video filming was finished, we had a lot of footage to work through – which is great!

Alongside the main promotional video which shows a day in the life at the home and features cutdown interviews with various staff and residents. I edited these interviews into full length videos incorporating subject specific b-roll and also created videos to be used as part of their staff recruitment drives.

Working for the Meath, meeting its staff and residents was a rewarding experience and extremely enjoyable. Also, contributing video content that has helped raise funds for the home has been fantastic and helps further show me how powerful video can be.