We have one aim. To make you a great video

From initial idea inception through to production and onward to final delivery and beyond, we handle every step of the production and bring your story to life, with the best crew and production values.

Over the last fifteen years, we've continued to push ourselves visually and creatively, to deliver on time, on budget and to exceed your expectations. Every time.

Take a look at our showreels or portfolio to see our work in action...

CONTACT US to talk about your video project. Let's see what we can do for you... 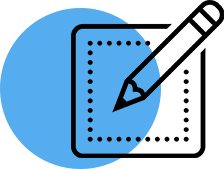 Create We work with you to tell your story, taking it from conception through to final delivery, handling every step of the production process along the way. 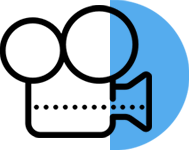 Shoot Whether you need a large or small scale production, our experienced crew are here to bring it to life with passion, creativity and knowledge. 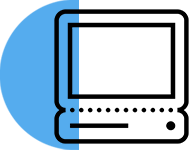 Edit From first draft to final sign off through to picture grading and bespoke music, motion graphics and animation, we complete your video and make it look it's best. 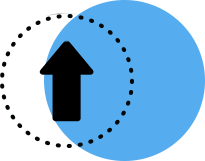 Deliver The finished video is sent to you as a digital file, in whatever format required, but the support doesn't stop there, we're here to help you get it seen and get maximum online or broadcast exposure with it.

our clients Here's just a few

We’re proud to have produced thousands of videos since we started. Our client roster has seen us produce content for some of the worlds biggest companies and brands, the best local businesses around plus rising and established musical artists.

Take a look at some of our clients here, find out what they had to say about working with us and find out more about our work together…

“Awards for Young Musicians commissioned Silvertip Films to create a short film on musical journeys as part of their Practical Progression series. Geoff and Mike, their directors, were brilliant to work with throughout the process. They had some strong ideas for the film and made all of the interviewees feel at ease. They were also excellent when it came to the editing process and worked well with our team of Teacher Facilitators, taking their thoughts and ideas on board. As a result we have a film that is very watchable and serves its purpose well. Many thanks Silvertip Films!”

“After watching a few of Silvertips’ impressive promotional videos for Horsham District Councils town centre events, I decided to get in contact with them to pitch my idea of a weekly news video to accompany my newspaper The District Post. Geoff embraced the idea, we got to work and started filming in Feb 2018. Geoff and Mike have been excellent, providing direction, giving suggestions and supporting new ideas (even the really silly ones). I highly recommend Silvertip Films for any video or film requirements.”

“Silvertip Films are such a pleasure to work with. Geoff and the team have always been great at communication and making any changes as quickly as they can. They understand that we sometimes have urgent deadlines and is always happy to help wherever neccessary! I will continue to work with them as they’re so great!”

“We had a fantastic time on the shoot. I’m really excited by how everything looked, the atmosphere on set was fantastic. A true pleasure to be part of. Thank you for making us feel so part of it and involved. Working with you guys has been a dream.”

“Having worked with Geoff and Silvertip Films on a number of projects at St Catherine’s Hospice, I couldn’t speak more highly of them. Geoff is a true professional, who makes the whole film-making process easy and stress free, every single video that he has produced for St Catherine’s has been exceptional, and has exceeded all expectations. Thank you Geoff and the rest of the Silvertip Films team!”

“Geoff and the team at Silvertip are amazing. They are incredibly easy to work with and always ready to offer advice and support. All the trailers and films they have shot for Guildford Shakespeare Company have been of very high quality and they make the process really easy to understand and simple. Absolute stars!!!”

“From concept development to final production and distribution to get the most value from the videos i have found Geoff and his Silvertip team consistently effective and a pleasure to work with. He has embraced a team approach to our videos which has suited our needs and whilst full of creativity, Geoff blends this with a practical and pragmatic approach which helps us to get to solutions painlessly. His casting has been excellent, creating for us a superb ‘family’ through which we have told our marketing stories and with his contacts we have never failed to get the results we have wanted.”

“Working with Silvertip was a pleasure. The team are knowledgeable, helpful and extremely professional. The filming and delivery of the final products, was all completed in plenty of time – even with a tight deadline. The final film looks great and encapsulates the spirit and activities of the project. I would definitely recommend checking out Silvertip Films if your organisation requires a promotional film. I hope that we at SRtRC can work with them again in the future.”

“Silvertip are our go-to guys for filming. We’ve filmed everything from interviews, cooking demonstrations, make-up tutorials, hair styles and even a car test drive with Silvertip. They turn footage around super-quick and we’re always thrilled with the results. Thanks for everything you do for us, we look forward to the next shoot!”

The Springboard Project is a West Sussex based community children’s charity which runs a play centre in Horsham and location-based activity days. They offer fully-inclusive play and leisure opportunities for families with young children plus short breaks for children, teens and young adults with disabilities.

We are proud to be working with them on an ongoing basis to produce video content which raises awareness of their work and services plus the play and fun they offer to everyone.

We made an appearance on BBC South News recently… We filmed a special performance for VJ Day with Alan Woolvern, a 90 year old verteran who plays piano and performed with Dame Vera Lynn back in the day. Our work was featured in the segment as well as shots of us at work. Take a look…