Breathe HR ran their first in-person summit in two years in London in March 2022, we were on hand to cover the events for a live edit and create an event recap video too… 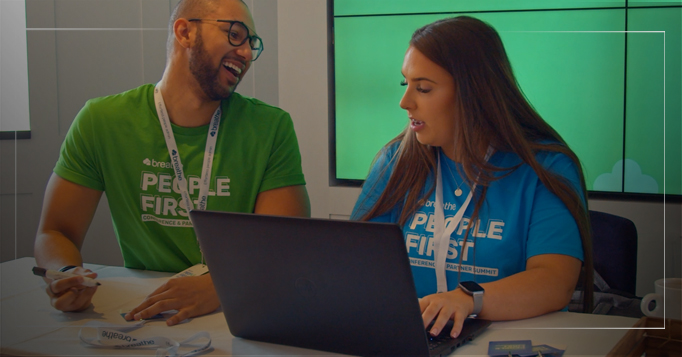 The Breathe HR: People First event was a full day of talks in the main room with separate One to One session in other rooms and an awards event in another room at the end of the day.

A busy, vibrant day which was filled with exciting, upbeat talks, a responsive and enthusiastic audience and lots of activity.

We initially planned to livestream the event but didn’t stream in the end, in an effort to encourage people to attend in person rather than just watching from home. The talks were live edited anyway and shared online after the event with Breathe partners and other delegates.

We covered the talks with 3 cameras – one wide shot and two operated angles. We had an audio feed from the venue mics and a feed of the screen content which we could cut to in the edit.

Alongside this coverage, we had a roaming gimbal camera gathering shots for promotional purposes to make an event recap with.