THE TOWNIES AND PARKIES

The Horsham Townies and Parkies are animal characters created for a Horsham Time Well Spent visual installation in the town, we brought artist Katie Wells’ characters to life in this video… 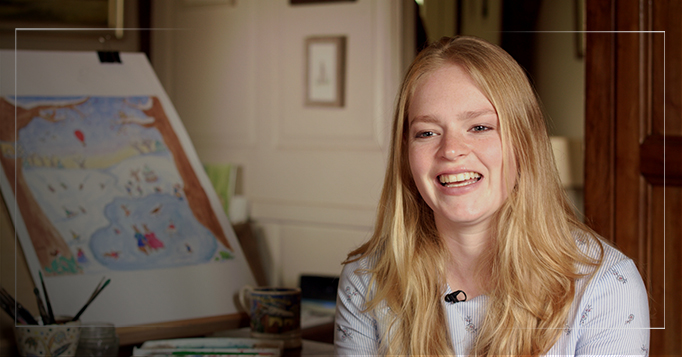 To add a splash of colour to the tunnel which connects the park and main town in Horsham, the events team at Horsham Time Well Spent developed a plan to install colourful, family themed artworks at either end.

Local illustrator Katie Wells was commissioned to produce the artwork, creating animal characters who live in the town (Townies) and in the park (Parkies), the characters inhabit a whimsical version of Horsham in her illustrations. Using ink to initially draw her artwork, Katie then paints the images to add colour.

For this video, we interviewed Katie to find out about her, her artistic process and the creation of her characters and the reason behind the project.

Alongside the interview, we also filmed a number of shots – featuring local nursery children – in key points around town. The camera was ground based in all of these shots because we were going to be adding animated versions of Katies characters into the shots so wanted to maintain a low shot which focussed on a small area in which the animals could be the stars of the frame whilst the kids and location were secondary behind them.

Katie re-drew some of the main characters for us, breaking them into limbs, body and head and then they were digitally animated and added into the shots. We love the mix of real life and painted characters in the shots!

For promo video quote, please email us on [email protected] or Contact Us and we will then get back to you to discuss the project in more depth.