Part of it’s remit is promotion of the town, it’s shops and activities and with a strong family angle to all the goings on in the town, the creation of the Symes family seemed a natural fit to help promote things.

With 100,000+ Facebook views to the Symes videos to date plus local press coverage, the family has been well received and the videos a success which helped promote the town centre events with the aid of our event filming services. 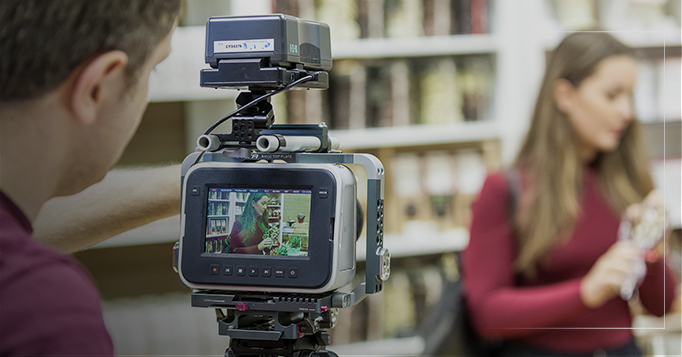 Horsham Time Well Spent is the town centre events brand that operates in the heart of Horsham.

Horsham Time Well Spent (HTWS) is a division of Horsham District Council and is responsible for the events programme which takes place in the town and surrounding areas across each year.

This programme covers things like the epic Piazza Italia event, now in its 11th year – food, fun and fast cars across three days in April – the Plum Jam event, Ameri-car-na and many others.

Part of the remit of the team is to create content to promote the town events and one way of doing this is with video – which is great news for us.

In 2015, we shot a short promo featuring Louise Freeman as a shopper visiting Horsham and taking advantage of the Click and Collect services in stores across the Black Friday weekend.

The idea behind featuring an actress in this video was that it enabled us to tell a story and showcase various things in a natural but also interesting way, without solely relying on text or a voice over.

The video was successful and in late 2016, a plan was developed to create further videos in which Louise would return but this time she would be joined by a family to enable us to appeal to each of the different audiences that HTWS creates events for.

So her husband John McIntyre was joined by their teenage daughter Imogen Eden-Brown, their younger son Mattie Boys and, naturally, Gran played by Heather Skermer.

The first video the family featured in was to promote Christmas shopping in Horsham, late night shop openings and various other events. The family were introduced via a “Meet…” video which had shots of each member alongside their name.

Amassing 21,000+ Facebook views between them, a second, Valentines themed video was commissioned in which the family visited various places in town who would be involved in promotions for Valentines Day in 2017. This has had 18,000+ views to date.

This led to discussions about how to promote the upcoming Piazza Italia event and we decided to do a promo featuring just the kids – Imogen and Mattie – as they took part in a Sporting Bears charity Dream Rides event. This charity appeared at Piazza Italia and you donated to the charity to get a ride in a supercar of your choice. Filming in a Ferrari California was certainly a fun day! A further 4,500+ views for this video.

Following on from these, we took the family to the Piazza Italia event to create post-event promotional videos to showcase the family angle of it. The boys featured in one video and the girls in another, with cross over elements in each when they join up for activities. These two videos racked up over 15,000 views between them.

The family have also featured in the promo video for the debut of the 2017 Ameri-car-na event which, much like Piazza, featured a huge number of cars but with a classic American focus to them. Spinning out from this shoot as well was a special video to promote the girls’ visit to the Irregular Choice shoe exhibition which was occurring in the town museum at the same time, this video alone gained 27,000+ Facebook views and showed how the combination of a globally popular brand and video content can work well together. The Amer-car-na video on it’s own hit over 8,000+ views.

After that, Mum, Dad and Gran hit the road to visit various food related businesses in the area as part of the Big Nibble festival and food tour. Driving round in a camper van, eating chocolate, cream tea and cakes was a hard shoot for the actors! Another 14,000+ views for the two variations of this video, one long, one short.

Following that, we filmed a number of videos with new actors, to promote the ice rink located in town over the Christmas 2017 period and the Mediaeval Banquet event which took place over two weekends in December. A fully kitted out Mediaeval knight stomping around Horsham town centre picked up some amusing looks from passers by for this shoot! These videos hit 17,000+ views between them as well.

Looking at almost 125,000 views on Facebook alone across all of these videos is a great response, one which we, and HTWS are very happy with. Within the videos, we have featured a large number of local businesses, all of whom have benefited via the featuring in these videos. It’s been great to work with these businesses to help them with the power of video and enable them to reach a wider audience as part of an ensemble piece.

It’s clear the videos are engaging with people on social media and doing their job to promote the events within the town. I believe the personality-based approach with characters everyone can relate to has given these promos a different angle to the typical style this content has to it.

Since the Christmas videos, we have produced a number of re-edits of existing content, used to freshly promote the 2018 events including Piazza Italia. We have also produced an animation / live action hybrid video to promote the newly installed Townies and Parkies character mural which is situated at either end of the tunnel, connecting the park to the town. Local artist Katie Wells was interviewed in the video which brought her characters to life. A follow on video featuring a pair of mums and their kids going on the hunt for the characters around the town and park was also commissioned. Over 30,000+ views for these videos combined.

In 2018 we filmed a new promo for Ameri-Car-Na which focused on the event itself. This video was preceded by a number of videos which featured various exhibitors getting ready for the big day.

It’s been really enjoyable to work on these videos so far, not least with the great group of actors appearing in them but with the team at Horsham Time Well Spent as well. Between us, we develop the ideas and content for each video and it has become a real team effort.

We’re looking forward to seeing what the Symes get up to next and hope their audience are too!

“From concept development to final production and distribution to get the most value from the videos i have found Geoff and his Silvertip team consistently effective and a pleasure to work with. He has embraced a team approach to our videos which has suited our needs and whilst full of creativity, Geoff blends this with a practical and pragmatic approach which helps us to get to solutions painlessly. His casting has been excellent, creating for us a superb ‘family’ through which we have told our marketing stories and with his contacts we have never failed to get the results we have wanted.” 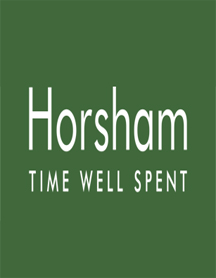 For a live event quote, please email us on [email protected] or Contact Us and we will then get back to you to discuss the project in more depth.