Following two previous videos we produced for Janet Devlin (“Beautiful To Me” with Shy and DRS and “December Daze”), we reunited to shoot the video for her new track “Outernet Song”. 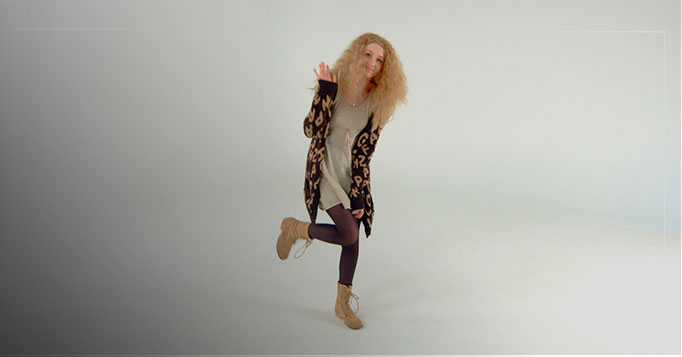 Topical lyrics about online bullying and taking a break from the web mix with sly references to herself and her world-view, along with a healthy dose of humour and a real sense of fun behind the message.

For the video, Janet wanted something different to what she had shot before and we developed an idea involving multiple personalities which represent different Janets’. We have the regular Janet, an Instagram obsessed Janet, an 80s throwback Janet, a paperdoll Janet, a pop princess Janet and the X-Factor Janet.

Using a locked off shot, we were able to film a wide on the whole studio and place Janet in her different personas, in different positions and then composite them all together in the edit, to make a Janet-only girl group!

Shooting at Blundell St Studios in London, we made full use of the white infinity cove and filled it with around 10,000 watts of light to create the white space we wanted. Shooting with the Blackmagic Production Camera, we made use of a range of lenses including a fisheye, to give a rap music video feel to a specific section of the song.

Working in DaVinci Resolve to grade the video, it was edited in Premiere CC.

Upon release, the video was Vevo selected, premiered on Digital Spy and accompanied by a large PR campaign. As of late 2017, the video has over half a million YouTube views.