Ora is the round kitchen towel – the only one of it’s kind in the world. Using an off the wall marketing campaign all year round, the company wanted a Christmas-themed animation to promote the many uses of Ora kitchen towels around the holiday season… 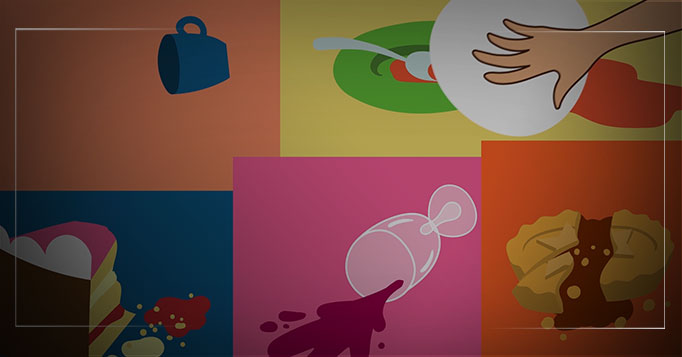 This motion graphics animation was designed around a specially commissioned version of 12 Days of Christmas, reworded to mention the many uses of Ora in the festive season.

For the visual style, Ora liked the retro feel of shows like Bewitched and the animated title sequences they had.

We had artist David Hallangen draw up a number of examples of visual styles the lead female of the piece could take and some of the accompanying props she would use. Once the main look and style were settled upon, work began to draw the rest of the pieces for the animation.

The illustrations were done digitally, by hand and then digitally animated to create the final piece, all timed to the track as well. Each part of the animated elements was made up of layers such as arms and hands, that could be moved and animated as needed.

Picking up in speed as we race to the end of the song, this unique spin on the Christmas classic song has just as unique visuals to accompany it.