St Catherines Hospice is a local charity with a big ambition – to help everyone face death informed, supported and pain free. We’ve been providing ongoing video content services for them since 2017… 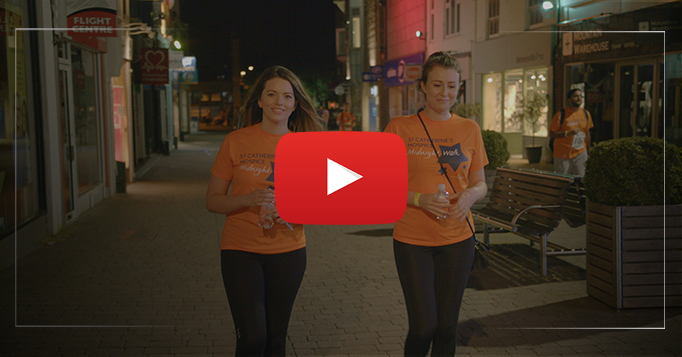 St Catherine’s Hospice has a strong video marketing campaign which comprises work filmed by us at Silvertip Films and work produced in-house by their team, led by digital marketing executive Emma Humphrey.

The mix of “pro” shot and “self” shot footage works well for them because the “pro” shot content reaches a new audience for them, who are expecting a more polished product and the “self” shot content goes out to their existing audience who have an understanding of what they do and already have an emotional connection to the hospice.

One of the main reasons that this mix of “pro” and “self” shot content works for them is that due to the nature of their work, an interview may need to be cancelled at short notice or could come up at short notice and whilst we try to be as reactive and flexible as possible with filming, it can’t always work out. By being able to internally go and film and edit an interview at short notice, has enabled the hospice to increase their video output without always relying on us being able to film for them.

We have filmed a number of case study interviews in the past year with patients of the hospice, their family members and staff members. The shoots have always been heart warming and, at times, more touching than expected and we think this shows in the end video.

We look forward to developing our relationship with the hospice and the content that we produce for them.

To discuss your video marketing campaign please email us on [email protected] or Contact Us and we will then get back to you to discuss the project in more depth.