Globally successful Irish rock band The Script returned in 2017 with their new album ‘Freedom Child’. Launching the release was the single ‘Rain’ which debuted at the top of the charts around the world. 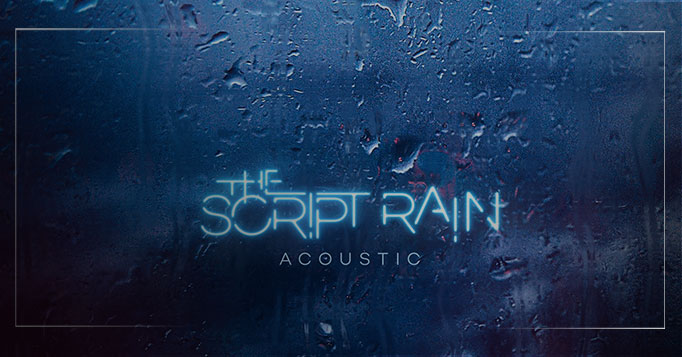 Sony Music came to us and asked for an animated pseudo video to accompany the YouTube release of the track, before the official music video came out.

Pseudo videos are essentially animated versions of the single or album artwork, enhanced with simple movement and visual effects. The video is released to get a track out onto YouTube etc before the official video is out so that plays / listens can be generated with something moving alongside it, rather than just a static image.

For the track ‘Rain’, we were provided the assets for the single artwork which was a shot of a cityscape through a rain splattered window and given free reign (see what we did there?) to animate as we saw fit.

Naturally, we created digital rain drops and streaks in After Effects and applied it onto the original image, creating an active, wet view on the city.

The band logo and track name were given a small amount of glow which was then keyframed to react to the beat and glow up and down in intensity.

Alongside the ‘acoustic’ version of the track, we also created pseudos for 3 remixes of the song.