WOODSTOCK IT are based in Horsham, West Sussex and provide IT support services for residential and business clients, onsite or at their office. We made a series of videos to showcase what they do… 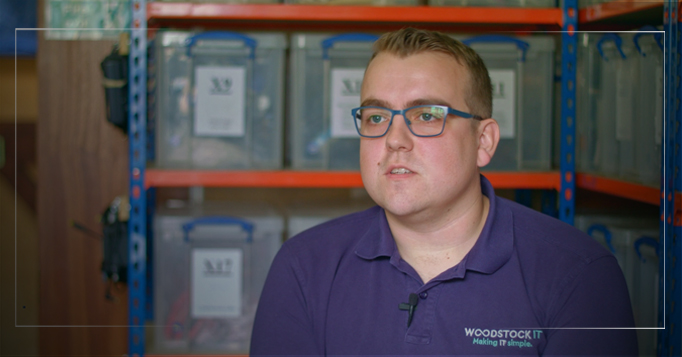 Woodstock IT wanted to have a new video which showcased their services for IT support both at their location and at customers.

The main promotional video featured interviews with the staff, led by Julian Shelley, talking about their job roles at the company and the services they offer. Alongside these interviews, B-Roll footage of the staff and site was shot as well.

The main video was cutdown into multiple shorter videos which detail specific services that team members specialise in like printer repair as well as more personality-led videos with the team talking about the favourite parts of their job.

After the initial filming session, we were asked to film client testimonials with some of Woodstocks longest running clients, talking about how they came to be involved together, what they’ve done for their business and the quality of the service.

Filmed and edited by Geoff Cockwill

For a promotional event video quote, please email us on [email protected] or Contact Us and we will then get back to you to discuss the project in more depth.