Horsham Ameri-Car-Na is a single day, epic celebration of American cars, culture and food which takes place across the entire centre and surrounding areas of the town.

To build awareness for this 2018 event, a video strategy was devised by us here at Silvertip Films and the Horsham Time Well Spent team who run the event.

Knowing that the day would showcase cars, food and culture, we wanted a series of videos which represented that and could work as additional marketing content for the people bringing their cars down to the event and who had signed up to be promoted and advertised as part of their connection with the event.

A line up of interested businesses was generated and filming began! Each one was to showcase the participant and what they would be bringing to the day and they would all go out with the slogan “We’re Getting Ready!” – with the viewer being asked if they were ready for Ameri-Car-Na. 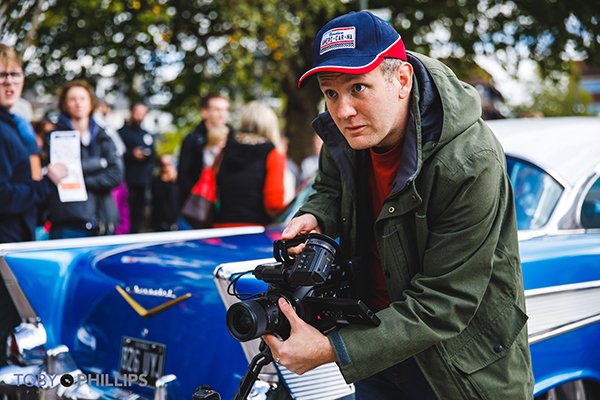 We worked with Horsham Car Centre to film the new Jeep range they would be showcasing, the NASCAR specialists who would be bringing the noise with their cars, P&D Custom Bikes who brought down their hand crafted hogs, the Spinettes who were performing for the crowds and many others.

A series of 10 videos was produced, with two to three going out a week in the lead up to the event.

Awareness was building, but what to do for the main event video?

Having filmed the event last year with a story based video which featured the fictional Symes Family who were being used in the Horsham Time Well Spent events videos, we wanted to produce a different video this year, one which was more focused on the event and it’s attending people.

To cover the event fully, we realised we needed three of us filming different parts of the day and then crossing over at points to get maximum coverage on certain parts.

There was just too much to shoot with a single camera! 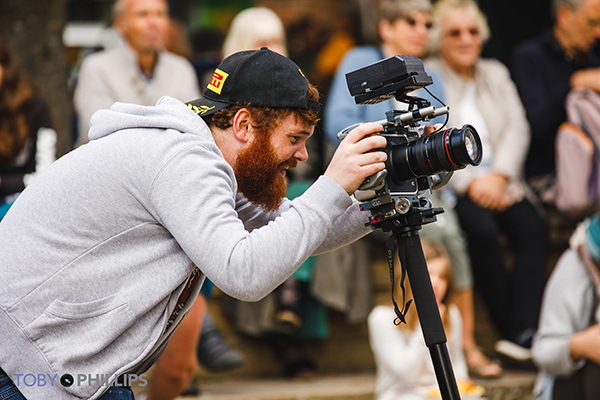 Geoff was responsible for gathering vox pops with the public, car owners and enthusiasts and getting general event shots. Mike was covering all aspects of the event and getting the wider picture. Glen was round and about with his gimbal, shooting car focused shots.

Throughout the day we saw Cadillacs galore, film cars including Ecto-1, an American school bus, hot rods, bikes and much more. 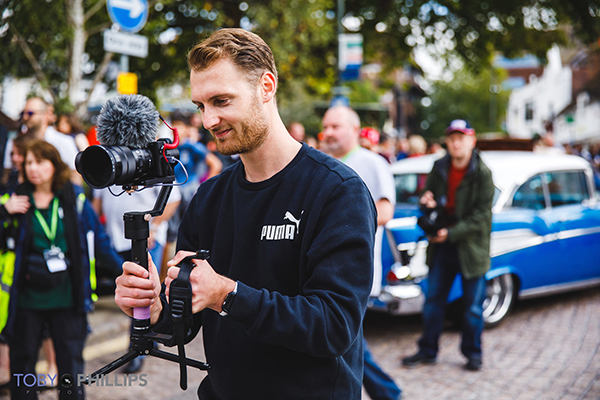 When the day was over, we set about editing and produced a short trailer within a week of the show to remind people of what happened and prime them for the full video which came out a week after that.

We wanted the edit to be fast and exciting and pack as much into it as we could within the short runtime – a true visual representation of the day. Take a look at it below and see it for yourself. 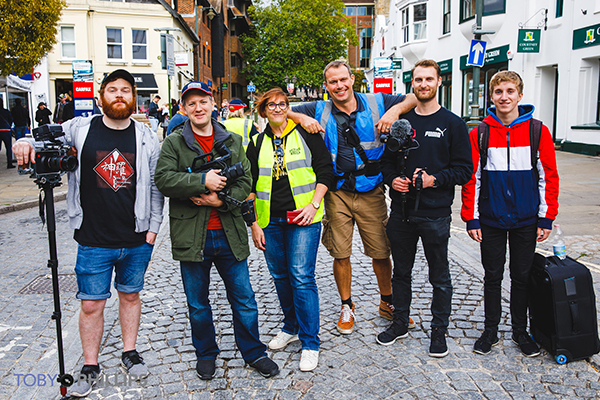 Since launch, the video has racked up around 15,000+ views on Facebook and alongside the other videos produced, reached an audience of 200,000+ people. Michelle from ByJove Media (pictured above) was taking care of the event social media and used the videos we produced at the forefront of the marketing plan online.

We’ll be back for Ameri-Car-Na next year, looking to produce another different video so look out for that in 2019!

Watch the playlist with the pre-event videos here…