We shoot a lot of music videos here at Silvertip Films, it’s what the company was primarily founded on and chances are, you’re looking for a music video and that’s why you are looking at this blog post.

For us here and me as a director, our videos tend to be quite commercial in their style and content. Music videos are generally a performance led piece, a narrative led piece or a combination of both. There are videos which are more experimental and ‘arty’ which look great but there is always a place for a video focussing on the act themselves.

If you are a new band, looking to get your first video shot or even if you are more established and needing your tenth video shot, you have to make a decision on what is right for you, that song and the goal of the video.

If you are on one of your first videos, I think a performance piece is the right move. It means that the video can focus exclusively on you as a singer or the band as a whole. For potential new fans, existing fans and record labels and management, it is a chance to see you in action and get a feel for your performance style, your image, your personalities and how you work as an act overall.

For a singer, a days shoot would be enough and the video can take place in multiple locations, if they are local to each other, or in one location but with multiple set ups. For example, our recent video for Serena Kern took place in one location but we utilized 6 or 7 areas in it, each with a different look, giving us lots of visual variety for the video.

For bands, a day shoot can be enough to capture all that’s needed to create a striking performance piece. My first video for The Undivided, which was broadcast on Kerrang! TV, was shot in one day at a car scrap yard. In the blazing sun…sunburn isn’t much fun the day after a shoot like that! 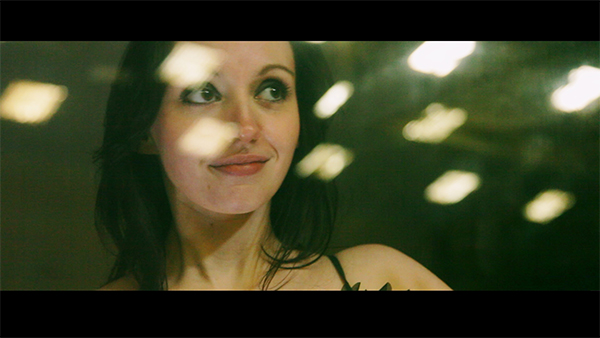 If you can budget for two days, we can do a lot more – the video for Hashell and her song “Worthless” took place over two days and saw us shoot in an old country house, creating 4 different set ups and then at night in remote woodlands (with the band) shooting a full performance. The extra time means more locations can be used but we couldn’t have shot her solo performance shots plus a full band in a single day without compromising the video quality, which is something I wasn’t going to do.

Creating the range of visuals is essential to keep people watching either by using multiple set ups and locations or, as in the case of the Undivided video, altering the grade and shoot style to reflect the feel and energy of the track as it progressed.

Featuring a narrative in your video can be a good way of bringing the lyrics to life literally or generating an idea based loosely on the lyrics or even having a story which doesn’t fit them at all.

A narrative is a good way to draw the viewer in and keep them watching. It doesn’t have to be complex – the video I directed for Chiedu featured a very simple narrative which culminated in a mass dance by the actors and fitted very loosely with the lyrics of the video. The song was called “I Will Dance”. The second video I did for The Undivided “7 Hours” featured a narrative which didn’t reflect the lyrics literally but could be an interpretation of them. A young woman awakes to the end of the world…or does she? 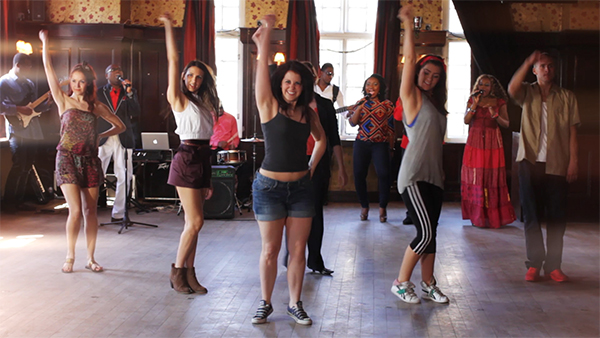 The video for Wolves – “Nobody Likes Me, Everyone Hates Me” – was a single day shoot in a studio in London and we spent some time shooting additional cutaway material based around the song words but it was, in no way, a narrative, merely extra visuals to enhance the video.

The shoot time for a narrative video is really dependent on what’s involved. Some videos, like E.N.Vs “Don’t Be Afraid” feature a narrative on which we spent three quarters of the day shooting and a performance done in a few hours. Being a solo act, using one location, it was achievable to shoot the performance after the narrative had been shot. The narrative featured an actress and lots of areas within one bigger area. 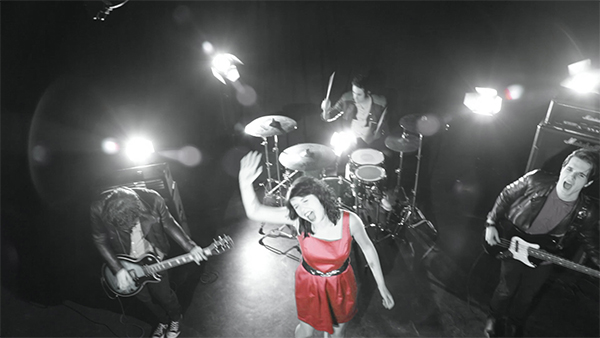 The Undivided video for “7 Hours” featured a days shoot for the performance in a studio in London and a second day, shooting the narrative in multiple towns and locations within them.
The Chiedu video though was a day shoot and combined both the simple narrative and the performance, including the full band.

So when you are deciding what you want for your video, have a think about where you are as a band and whether a performance will be of more benefit to you at the stage of your career you are at now or if you can include a narrative. If you have shot a video before, try a narrative…see what can be developed around the lyrics and to fit within your budget.
Talk to us here – I’ve directed a large number of videos now and we also have Ben Milner and Chris Carr in house who both bring their range of influences and styles to the videos they direct.

We’d love to shoot your video, whether it’s a performance, a story, a mix of both…or something else altogether.