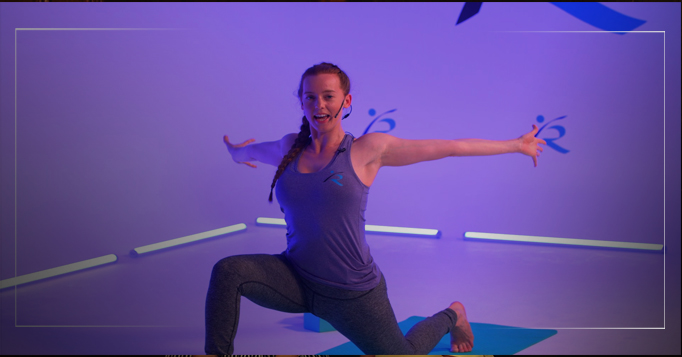 We spent a month in the studio filming content for the Revoola app which culminated in 130+ videos for the launch of the app.

The videos ran from 5 minutes in length to an hour and covered activities including ride, yoga, pilates, meditation, mindfulness, hiit and more.

Each class was presented by an experienced instructor and covered by three cameras, two which were operated and one static wide.

The app uses a colour based system to represent your workout intensity and this was reflected in the filming by the use of LED light tubes from Astera. These were changed at the touch of a button, to match the instructors effort levels.

The finished edits were created in standard 16.9 and 19.5.9 formats for larger screen phones.

As of November 2019, we can’t yet put full material from the shoot online so a short trailer we made featuring England Womens Rugby player Zoe Harrison can be viewed above.

For more on the Revoola shoot, read our blog post