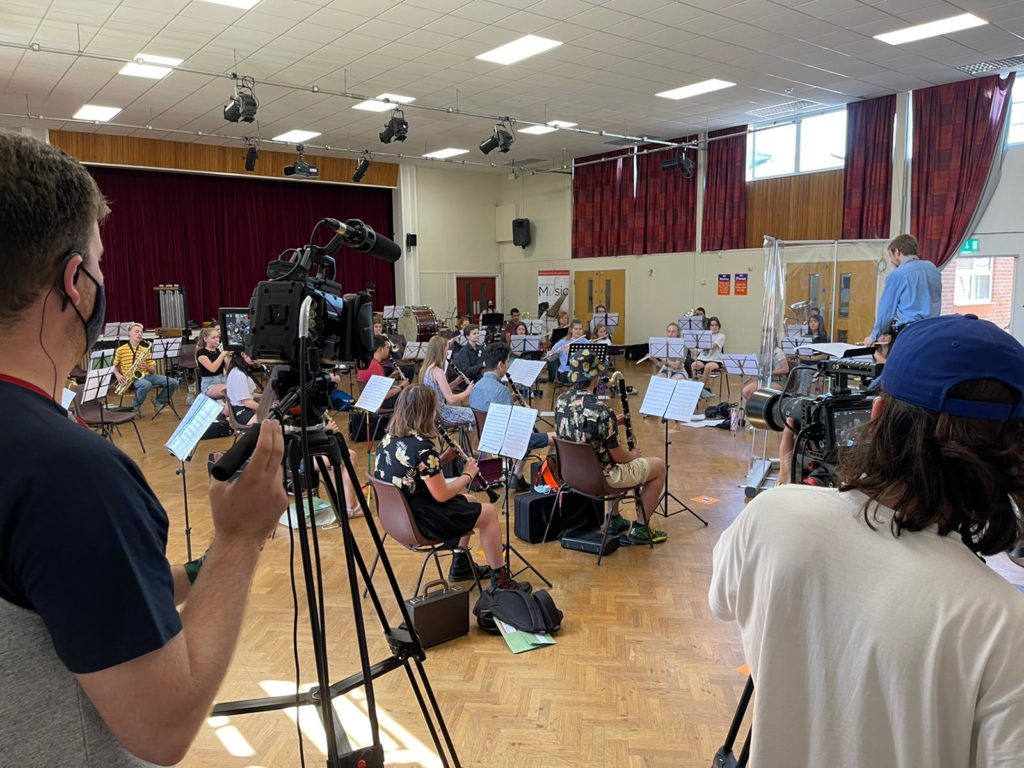 The performances took place at Millais School in Horsham, using the main hall and the Learning Resource Centre. Neither space was close to each other! The pupils would perform in one room, then the other, then the first room and so on for a total of 5 performances with gaps between them.

We ran 20m of HDMI cable to the main hall, which was nearest to the edit hub and then we ran our 100m HDMI Fibre Optic leads to the LRC for the other performances. To power everything, we used a mix of some cameras on battery due to positioning not being near mains power and others on mains power.

We based our edit hub in the middle of the two rooms and ran our cables out from there. Cables ran into the main hall to run two cameras and then more cables ran even further down to the LRC (taking a shortcut through a side room!) to two cameras down there. 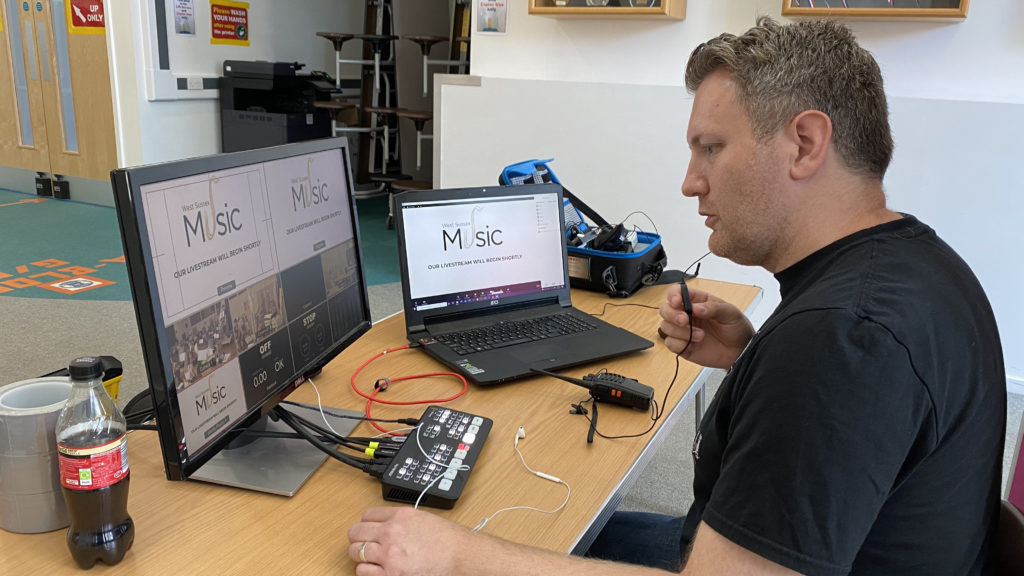 Geoff at the edit base

Geoff sat at the edit hub, able to see all 4 cameras at once and communicate with the team (Mike, Freddie and Harry) via a walkie talkie system so that direction could be given during the sessions.

Due to the large nature of the number of performers, the large spaces they were in and the limited time we had to set up, putting a fully micced up performance together wasn’t an option so we used directional mics on the cameras to pick up the audio which worked well, helped by the volume of the instruments themselves. 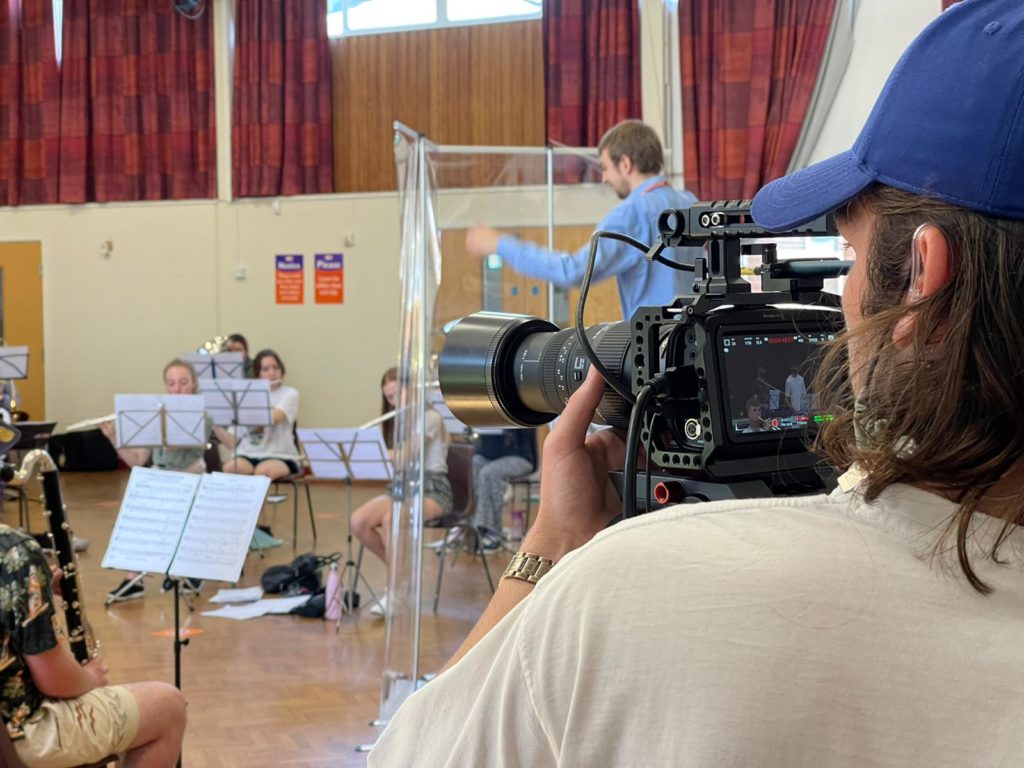 Freddie on camera in the main hall

The livestream went out via Zoom so that event invites could be sent to the relevant family members and then passed around among them, meaning the audience was invite only and the event was private to the outside world.

The event ran smoothly and was a success all round – for WSM to have been able to share the pupils work with the parents and for us to tackle the logistical challenges of the event and pull it off. 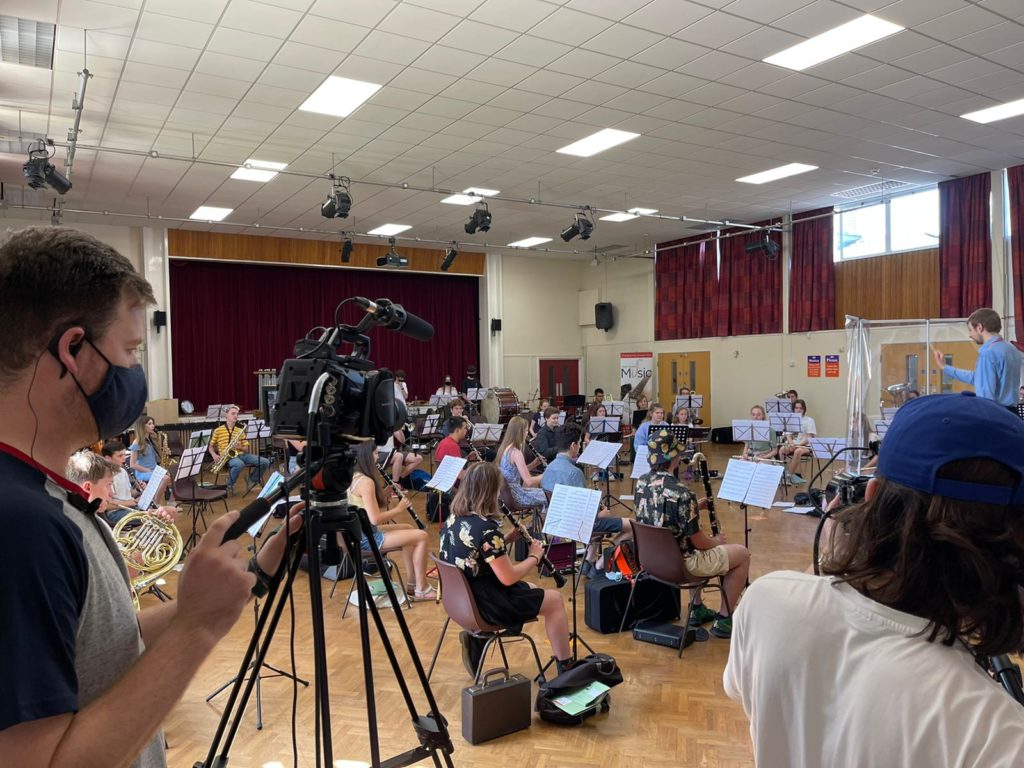 Freddie and Harry on camera in the main hall