The second Silvertip Films HORSHAM FILM FESTIVAL took place at The Capitol Theatre on February 13th 2020 with an evening of comedies, dramas, documentaries, animation and music from HAODS! 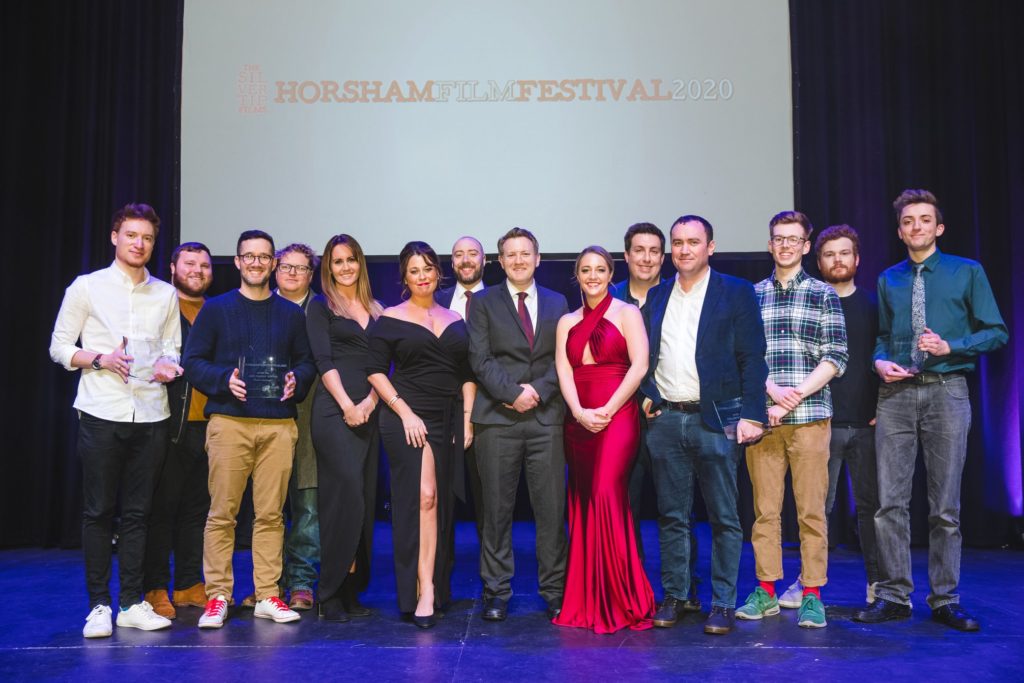 The festival judges this year included Geoff Cockwill, director at Silvertip Films, Davey Pearson, editor of The District Post and Emily Beach, actress and Silvertip Films Vlog presenter. Between them, they watched through the 50+ entries which covered a broad range of genres and shortlisted 20 films for the Festival.

The event was hosted by Jess Jay who hosted the 2019 event and we were also joined by special guest Nicola Hume, fresh from her triple roles in The Capitols 2019 panto, Peter Pan.

The Over 18s entries comprised of 15 shortlisted films across the Best Comedy, Best Drama, Best Animation, Best Documentary and Your District categories and 5 shortlisted films in the Under 18s category which covers all types of film. Each shortlisted film had a clip played on the night and each winning film was played in full, to enthusiastic applause from the audience.

We were thrilled to be able to present all 6 winning filmmakers with their awards and prizes in person on the night as well, sending home a number of happy filmmakers. 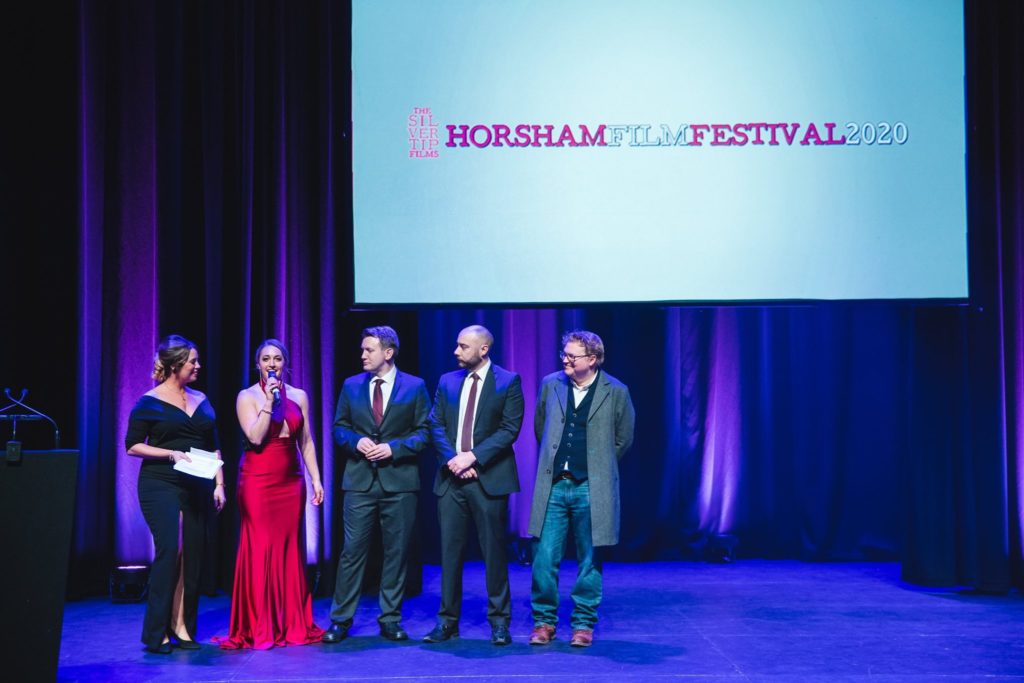 Our winning films on the night included…

One aspect of the Festival is to shine a light on the sites and filmmakers within the Horsham District via the Your District award which is for films made within the area. We had strong entries here in the form of… 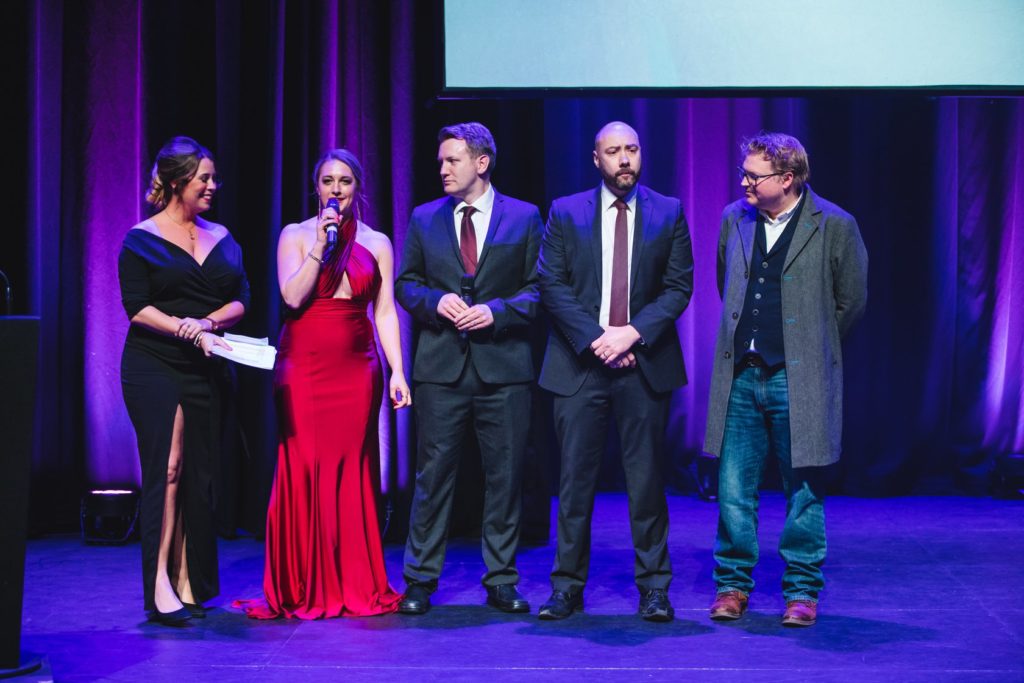 The event was sponsored by a number of national and local businesses who provided a mixture of physical prizes, vouchers and event support including…

Plus our show host Jess Jay and video presenter Emily Beach had their hair styled for the night by The Chapel in Horsham and Emily was also dressed by La Vida Boutique as well.

The Awards Night was also raising funds via a percentage of each ticket sold for Silvertip Films’ charity partner Springboard who were on hand to work the Front of House at the theatre and tell people about the excellent work they do for children in West Sussex.

Our media partners at The District Post and UK Film Review gave coverage on the event throughout it’s lifetime which contributed toward raising awareness about the event online and in print.

The Horsham Film Festival will return in 2021… 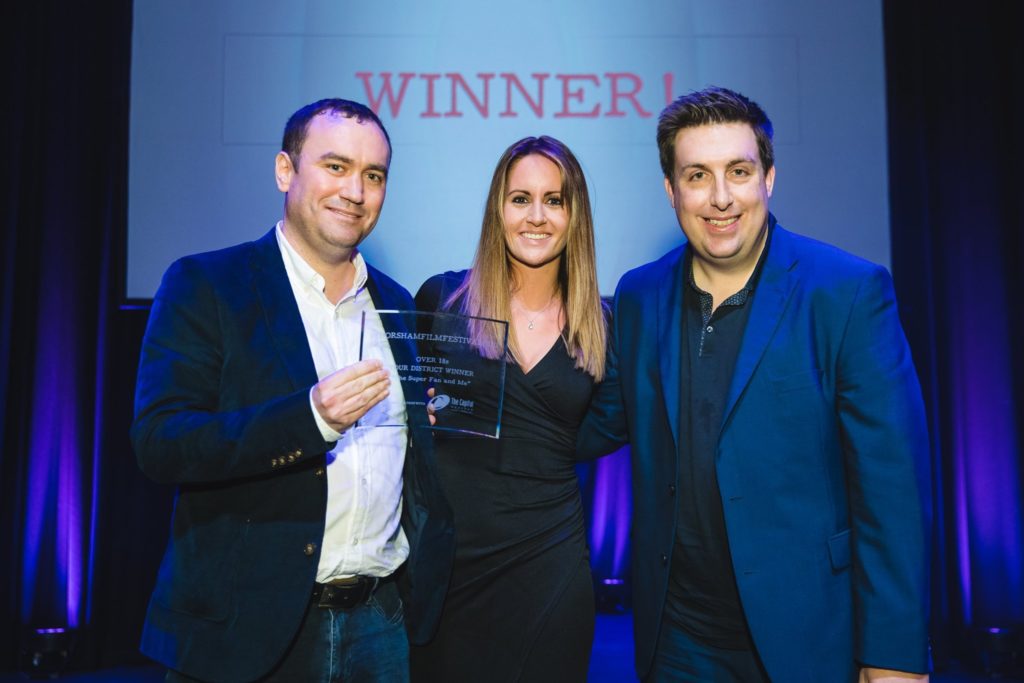 Over 18s Your District Winners for “The Super Fan and Me” – Lewis Harper and Mark Jende with Nicola Hume. 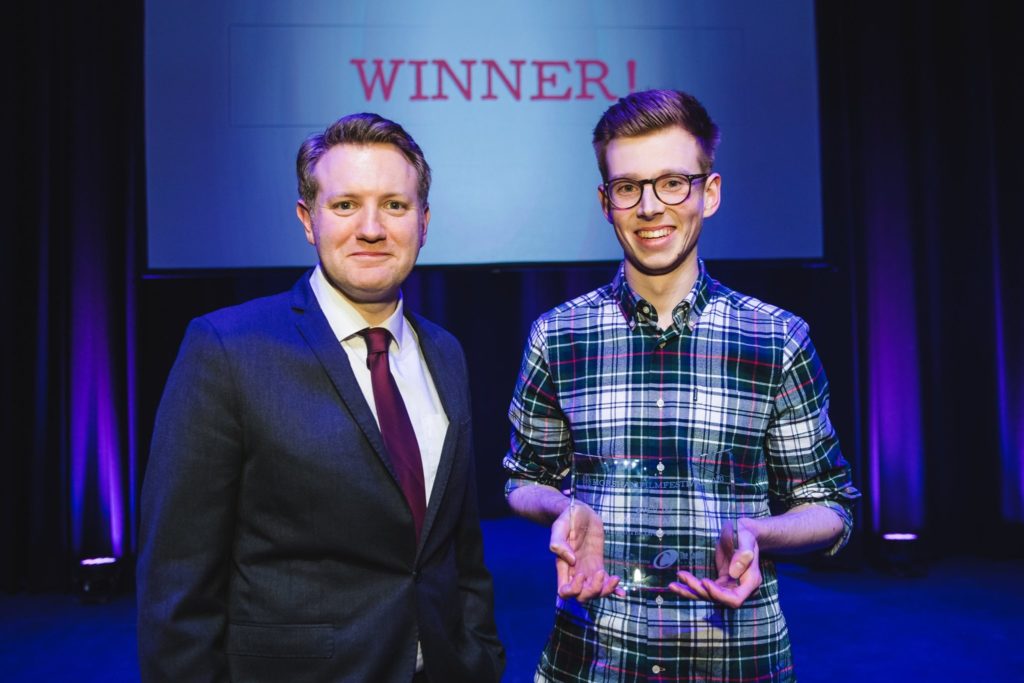 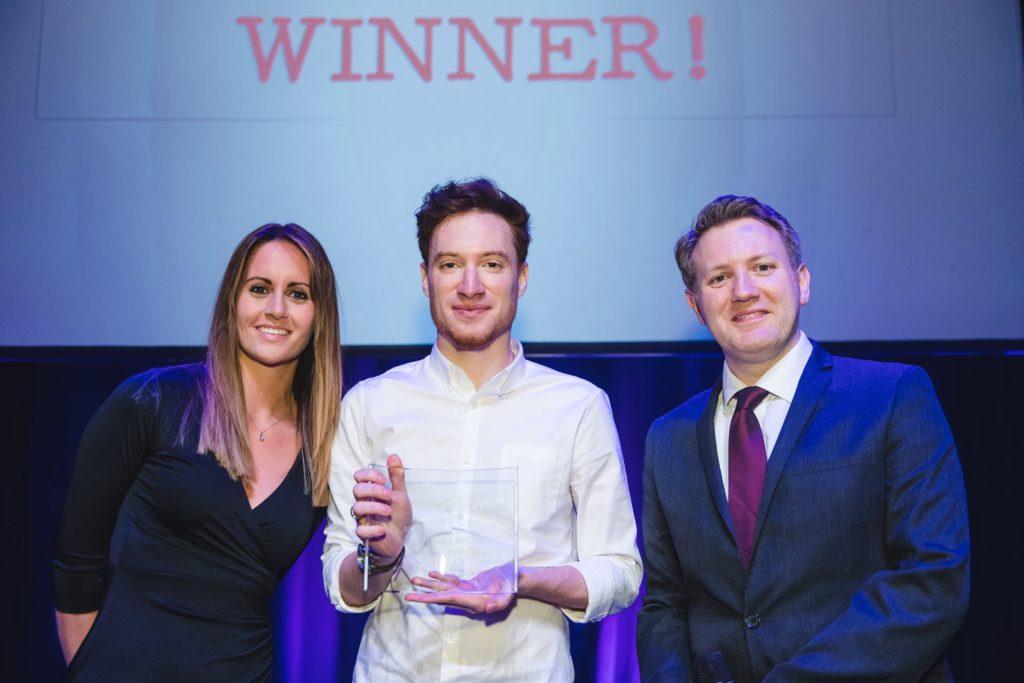 Over 18s Best Drama award winner Josh Pickup, who made “This is ME” with Nicola Hume and Geoff Cockwill

Over 18s Best Animation winner Matt Thomas, who made “GRIT” with sponsor Matt from MacMan and Davey Pearson 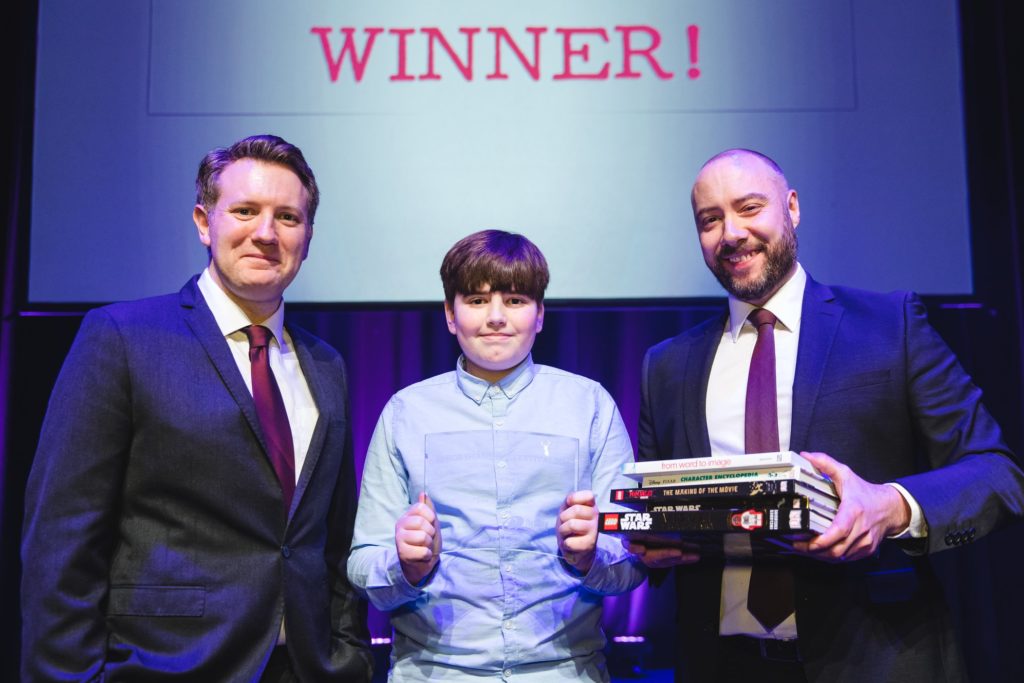 Over 18s Your District winners Mark Jende and Lewis Harper

All photos by Toby Phillips Photography