Attention spans are short and people are busy. They might watch your video but unless they have a vested interest in you or your business, will they watch all of it? 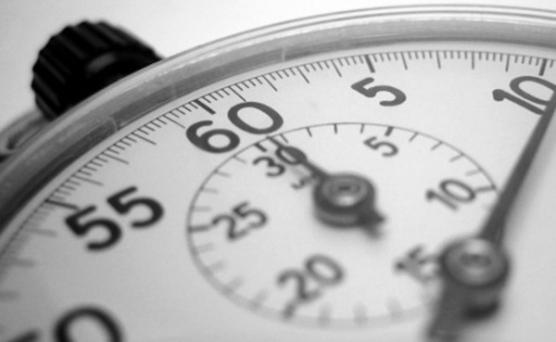 The clock is ticking…keep it short!

The shorter the better is the maxim here. In our experience 2-3 minutes is the optimum length although if the content is there and the interest can be kept, up to 5 minutes can work.

As per Digiday.com and a report from the University of Massachusetts Amherst and Akamai Technologies, consumers give up on an online video if it doesn’t load in two seconds. If they won’t watch because it doesn’t load immediately, what hope does a long video have?!

You need to keep the audience engaged. Obvious enough I’m sure. Open the video with a montage and some strong music – the music engages and the montage draws people in with a glimpse of what’s to come. It shows a promise of the rest of the video and the viewer knows that the video has more to offer them. It’s worked on our music videos and works on corporate videos too. If they think there’s nothing to see, they will switch off.

Alternatively, engage directly with the audience with a presenter – someone who can guide the viewer through your business or your product and allow you that little bit more time for the video because the viewer is connecting with the presenter. RSVP Media Response used a presenter for their video because they had a lengthy message which couldn’t be told with just a voice-over or text and needed time to be explained. The video lasts 5 minutes but backed up with the presenter, interviews with staff and shots of the business in action, the content is packed in and the attention is held. A rising number YouTube views show the video is working and the recruitment of new staff off e back of the video also shows its success.

Videos we shot for The OpenRetirementClub and Syndicated Property Agents were presented by the MD and fronted by a presenter, respectively. Both videos run 2 minutes and pack in enough information to explain what the business’ do and end with a call to action to lead the viewer to get in touch. We know both videos led to new engagements for the companies.

The video we shot for Surviving Actors runs 4 minutes. The acting expo ran two days and featured trade stands, lectures, one on one sessions, workshops and more. A lot to fit in. We opened with a montage, punchy pop music (which was lyrically apt too!) and then led with a presenter, interviews with the organizers and attendees and rammed the video with info. Another rising view count on YouTube shows it worked and the client, who has had other videos shot at their national events said it was the best video they have had done for them.

In contrast, we have seen videos for other similar events which run 6 minutes plus and loses interest after about 1 minute. Why? Because the video is shot after shot of people wandering around the event. No presenter, no voice over, no interesting music. No reason to be engaged whilst watching.

So depending on what you have to say, there is some flexibility in your videos runtime and the style in which the information is presented.

Talk to us about your business and your video and let’s see what we can do for you.

For more tips on video length, take a look at these from YouTube themselves.